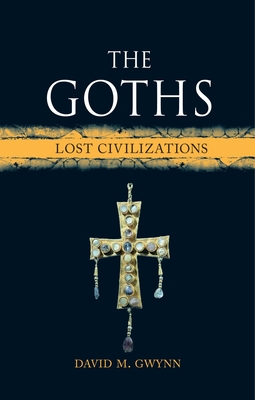 
Backordered
The Goths are truly a “lost civilization.” Sweeping down from the north, ancient Gothic tribes sacked the imperial city of Rome and set in motion the decline and fall of the western Roman empire. Ostrogothic and Visigothic kings ruled over Italy and Spain, dominating early medieval Europe. Yet after the last Gothic kingdom fell more than a thousand years ago, the Goths disappeared as an independent people. Over the centuries that followed, as traces of Gothic civilization vanished, its people came to be remembered as both barbaric destroyers and heroic champions of liberty.

In this engaging history, David M. Gwynn brings together the interwoven stories of the original Goths and the diverse Gothic heritage, a heritage that continues to shape our modern world. From the ancient migrations to contemporary Goth culture, through debates over democratic freedom and European nationalism, and drawing on writers from Shakespeare to Bram Stoker, Gwynn explores the ever-widening gulf between the Goths of history and the popular imagination. Historians, students of architecture and literature, and general readers alike will learn something new about this great lost civilization.

David M. Gwynn is a reader in ancient and late antique history at Royal Holloway, University of London.
"Gwynn’s The Goths is the latest in Reaktion Books’ consistently informative and well-written Lost Civilizations series, and a fascinating retrieval of a people whose memory touches the antipodes of civilization and barbarism."
— Minerva

"Those who read a little history suffer from the continuing humiliation of being proven wrong. Some of us have always believed, for example, that the Goths of ancient times were brutal conquerors, famous among the marauders of history. But, once more, what we knew was wrong. The truth is that they began their collective life in Europe as a mass of polite immigrants, anxious to like and be liked. This is the earliest truth we learn from The Goths: Lost Civilizations, an expertly made book."
— Robert Fulford

“This is a splendid introduction to Goths in all their diversity: not just the Goths of History, who sacked Rome before setting up successful kingdoms in Italy and Spain; but also the ‘Goths’ of later mythology, who built the Gothic cathedrals of medieval Europe, wrote the eighteenth-century Gothic novels, and even went on to invent Gothic Rock. From Alaric to Siouxsie and the Banshees, Gwynn introduces them all.”
— Bryan Ward-Perkins, University of Oxford