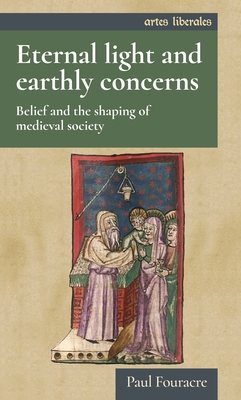 
Usually Ships in 1-5 Days
In early Christianity it was established that every church should have a light burning on the altar at all times. In this unique study, Eternal light and earthly concerns, looks at the material and social consequences of maintaining these 'eternal' lights. It investigates how the cost of lighting was met across western Europe throughout the whole of the Middle Ages, revealing the social organisation that was built up around maintaining the lights in the belief that burning them reduced the time spent in Purgatory. When that belief collapsed in the Reformation the eternal lights were summarily extinguished. The history of the lights thus offers not only a new account of change in medieval Europe, but also a sustained examination of the relationship between materiality and belief.
Paul Fouracre is Professor Emeritus of Medieval History at the University of Manchester