Nizar Qabbani: Women in My Poetry and in My Life: Translated Into English with an Introduction (Paperback) 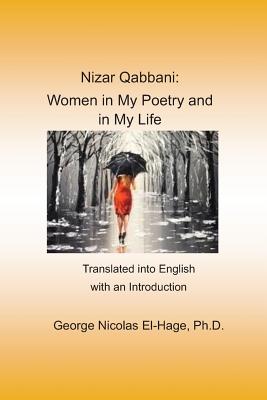 Nizar Qabbani: Women in My Poetry and in My Life: Translated Into English with an Introduction (Paperback)


Usually Ships in 1-5 Days
In Nizar Qabbani's own words: "This book in which I have collected some of my dialogues with the press... and excerpts from TV interviews concerning the topic of women... is simply an attempt to correct the old picture that has been engraved in people's memory about me... hoping to replace it with a more modern image and also more humane... After forty years of wandering across the regions of poetry and women...I feel that my image in people's minds is still cloudy, confused, and veiled with colors that are blended and intermingled... In spite of what is being said about me... that I am the most widely read poet from the Gulf to the Ocean...I continue to feel that I am also the saddest poet from the Gulf to the Ocean...I still feel that out there... there are those who still read me wrongly... understand me wrongly... and even those who slaughter me wrongly...I do understand that choosing women as a primary subject matter for poetry is a difficult choice... that even choosing women as a topic of discussion is in itself a taboo... and that he who touches a woman's hand is like one who touches a burning coal... I also know that getting involved in a relationship with a beautiful woman in my country is like getting involved in a smuggling operation... or like robbing a bank.
George Nicolas El-Hage, Ph.D. is a Lebanese-American poet, professor, linguist, administrator and writer. He was born in Mansourieh El-Metn, Lebanon in 1952. His father was Nicolas Iskandar El-Hage and his mother was Martha Abounader El-Hage. Dr. El-Hage completed his elementary and secondary school education in Lebanon. He acquired his B.A. in Arabic Literature from the Lebanese University in Beirut, Lebanon. While in Beirut, El-Hage studied with and was influenced by poets like Buland al-Haidari and Khalil Hawi. He then immigrated to the United States where he completed both his Master of Arts and Ph.D. in Arabic and Comparative Literature at the Binghamton University. His dissertation (later published into a book by NDU Press, Lebanon) was on William Blake and Kahlil Gibran: Poets of Prophetic Vision. He has taught at Yale University, Binghamton University, The Lebanese University, Columbia University, the Middlebury Institute of International Studies at Monterey and the Defense Language Institute. His academic career has been equally spent between teaching, authoring, lecturing and administration. Dr. El-Hage is a prolific writer with a perfect command of both English and Arabic languages. His training and expertise in the field of Arabic and Comparative Literature has enabled him to delve into a wide range of topics and areas covering literature, mythology, mysticism, language acquisition, criticism, theology and art. He is a published poet in Arabic, both in Modern Standard and in spoken Levantine Dialect as well as in Lebanese Zajal. He also writes poetry in English and is an accomplished translator. Dr. El-Hage has published seven volumes of poetry, numerous research articles, books on language pedagogy and poetry in Lebanese Dialect and Zajal. His poetry betrays a marked fluctuation between a deep romantic sensitivity and a tragic existential awareness which colors his reading of current universal and regional events. The tragedy of his embattled country constitutes a dominant theme in his writings. El-Hage is a supporter of the free verse movement in Modern Arabic Poetry. Nevertheless, he still appreciates the Qasida 'Amudiyya, the classical form of traditional Arabic Poetry. He always chooses short meters, and his poetry is characterized by its musical effects. Many of Dr. El-Hage's books are available on www.amazon.com