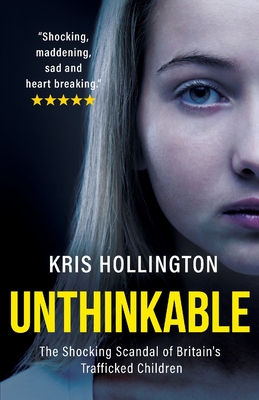 
Usually Ships in 1-5 Days
THE TRUTH BEHIND THE BBC'S THREE GIRLS The UK was shocked to its core in May 2012 when a gang of nine men were convicted of the systematic sexual abuse of disadvantaged teenage girls in the Rochdale area. The crimes included counts of rape, aiding and abetting rape, sexual assault and trafficking girls within the UK for sexual exploitation. Yet many childcare experts reckoned these crimes were just the tip of an iceberg of wide scale exploitation occurring across the country. The Deputy Children's Commissioner Sue Berelowitz said in June 2012 that there 'isn't a town, village or hamlet in which children are not being sexually exploited'. Award-winning journalist Kris Hollington tells the inside story of some of the most shocking and heartbreaking crimes of recent years, focusing on the Rochdale case but also analysing recent cases in the London area that echo the brutality of organised slavery. He seeks to expose how the British justice system is failing to protect children in the 21st century and to answer the question: 'What is happening in Britain that means young vulnerable girls can be exploited in this way?'