The Northern Earldoms: Orkney and Caithness from Ad 870 to 1470 (Paperback) 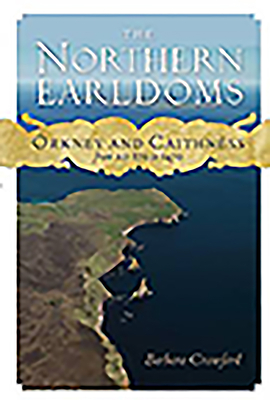 The Northern Earldoms: Orkney and Caithness from Ad 870 to 1470 (Paperback)


Coming Soon - Available for Pre-Order Now
The medieval earldoms of Orkney and Caithness were positioned between two worlds, the Norwegian and the Scottish. They were a maritime lordship divided, or united, by the turbulent waters of the Pentland Firth. This unlikely combination of island and mainland territory survived as a single lordship for 600 years, against the odds. Growing out of the Viking maelstrom of the early Middle Ages, it became an established and wealthy principality which dominated northern waters, with a renowned dynasty of earls. Despite their peripheral location these earls were fully in touch with the kingdoms of Norway and Scotland and increasingly subject to the rulers of these kingdoms.

How they maintained their independence and how they survived the clash of loyalties are themes explored in this book from the early Viking age to the late medieval era when the powerful feudal Sinclair earls ruled the islands and regained possession of Caithness.

This is a story of the time when the Northern Isles of Scotland were part of a different national entity which explains the background to the non-Gaelic culture of this locality, when links across the North Sea were as important as links with the kingdom of Scotland to the south.