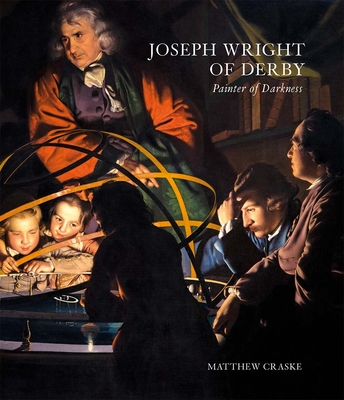 
Usually Ships in 1-5 Days
A revelatory study of one of the 18th century’s greatest artists, which places him in relation to the darker side of the English Enlightenment

Joseph Wright of Derby (1734–1797), though conventionally known as a ‘painter of light’, returned repeatedly to nocturnal images. His essential preoccupations were dark and melancholy, and he had an enduring concern with death, ruin, old age, loss of innocence, isolation and tragedy.

In this long-awaited book, Matthew Craske adopts a fresh approach to Wright, which takes seriously contemporary reports of his melancholia and nervous disposition, and goes on to question accepted understandings of the artist. Long seen as a quintessentially modern and progressive figure – one of the artistic icons of the English Enlightenment – Craske overturns this traditional view of the artist. He demonstrates the extent to which Wright, rather than being a spokesman for scientific progress, was actually a melancholic and sceptical outsider, who increasingly retreated into a solitary, rural world of philosophical and poetic reflection, and whose artistic vision was correspondingly dark and meditative.

Craske offers a succession of new and powerful interpretations of the artist’s paintings, including some of his most famous masterpieces. In doing so, he recovers Wright’s deep engagement with the landscape, with the pleasures and sufferings of solitude, and with the themes of time, history and mortality.

In this book, Joseph Wright of Derby emerges not only as one of Britain’s most ambitious and innovative artists, but also as one of its most profound.
Matthew Craske is reader in art history at Oxford Brookes University.