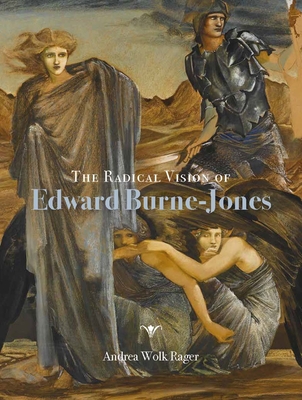 Challenging the dominant characterization of Edward Burne-Jones as an escapist who withdrew from the modern world into imaginary realms of his own creation, this groundbreaking book argues that he was engaged in a fundamentally radical defiance of the age, protesting against imperial aggression, capitalist economic inequality, and environmental destruction in the wake of the industrial revolution.

Harnessing the utopian power of embodied aesthetic encounters, Burne-Jones drew inspiration from the medieval concept of dreams as visionary states of transformation. Therefore, his art functioned not as a retreat, but as a vehicle for revolutionary awakening. Often characterized as a painter, this book re-centers Burne-Jones’s practice in the decorative arts, demonstrating that he consistently interrogated the boundaries of artistic media, in keeping with wider debates over the role of the arts in the nineteenth century.

The first scholarly monograph solely devoted to Burne-Jones since 1973, The Radical Vision of Edward Burne-Jones offers a thorough re-examination of his work, illuminating his radical defiance of the artistic, social, and political hierarchies of nineteenth-century Britain.
Andrea Wolk Rager is the Jesse Hauk Shera Assistant Professor in the Department of Art History and Art at Case Western Reserve University in Cleveland, OH.