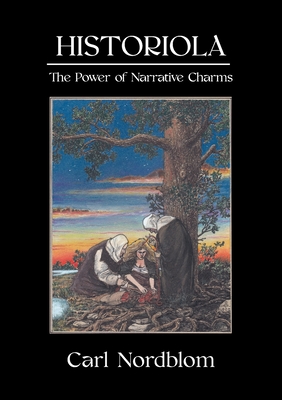 In the beginning was the word, and for as long as there has been language, there has been power within the use of words. Incantations and spoken charms apply nuance, narrative, rhyme, and cadence to achieve magical effects, commonly divided into healing, hexing, and procuring. Modern academic scholarship, focusing on their historical relevance, refers to magical narrative charms as historiolae, which are explored here within numerous cultures of antiquity including Sumerian, Egyptian, Greek, and Indian through to Norse and Christian examples.

The author's native Scandinavian tradition of troll formulae uses short narratives with a powerful protagonist (such as Jesus, saints, Mary, three maidens, mythical figures) performing the required action to heal, or hex. The narrative recounts a series of events, which the speaker through sympathetic magic manifests into action through the power of the protagonist and their actions. The story-telling aspect of the charms also provides a visual component to the charm, activating the power of imagination in both speaker and (if appropriate) recipient.

Through his exploration of the components of historiolae and associated ritual components, Carl Nordblom lucidly and concisely demonstrates the practice of narrative charms, equipping the reader with everything needed to incorporate or enhance their use in personal practice. And the word was with magic, and the word was magic.