The Nine Lives of Gabrielle: For Three, She Strays (Paperback) 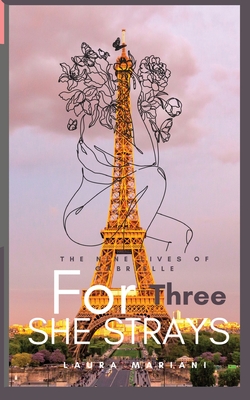 The Nine Lives of Gabrielle: For Three, She Strays (Paperback)

The Nine Live of Gabrielle: For Three She Strays - A powerful contemporary romance trilogy of short stories focusing on city life with a dab of billionaire office romance and a strong female lead with backbone, a big heart and a stubborn streak. It will make you gasp, reflect and cry a little while dreaming of Paris.

After For Three She Plays, Gabrielle's story continues with For Three, She Strays.

Before meeting Le PDG, Gabrielle was a provincial middle-class girl who, against the odds, made it in the oppressively male-dominated world. He opened her up to sexual and emotional freedom she had never before experienced. But, despite his claims to her being the woman in his life, that did not imply she was the only one ...

The met in Paris.

It was lust at first sight. The ached for each other. Their passion was a spectacular affirmation of two minds struggling past personal incongruencies.