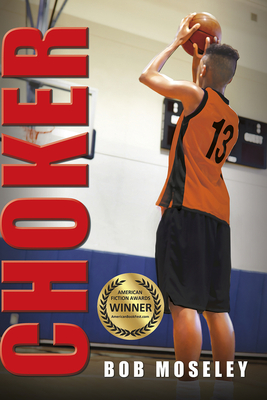 Be careful of what you wish for. Sixteen-year-old Mark Chamberlain always dreamed of playing in a state championship basketball game. But he never envisioned a nightmare performance that would bring utter humiliation and scar him as an outcast at school.

Classmates begin to call Mark "Wilt" Chamberlain because he melts under pressure.To top it off, Mark's father won't come to his games. When it feels as though the world is against him, with the support of a beautiful girl, Mark tries to summon the inner strength and courage to be different—just like legendary basketball star Wilt Chamberlain.

With another basketball season beckoning, Mark is given a precious chance for redemption.
Bob Moseley is the author of Out of Bounds, a national Readers' Favorite award-winning sports mystery. In addition, he has written for Sports Illustrated, the New York Times, and Tennis magazine. He has also been honored with New England writing awards from the Associated Press, along with a first-place award for Children's Stories from Writers International Forum.