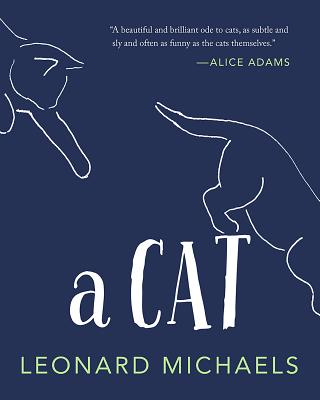 While the mystery of the cat can never ultimately be defined, Michaels comes as close as possible to revealing its essence.

A cat is content to be a cat. A cat is not owned by anybody. A cat imagines things about you, nothing you can know for sure. A cat reminds us that much in this world remains unknown.

In his novels, stories, and essays, Leonard Michaels proved himself to be one of the most incisive observers of human behavior, but few know that he was every bit as perspicacious a chronicler of America’s favorite pet: the domestic cat. Elusive, elegant, and often humorous—much like his subject—Michaels gives us this unfathomable animal as we have never quite seen it before, and yet as we have always known it to be. Through a series of meditations, aphorisms, and anecdotes, along with original illustrations from Frances Lerner, A Cat is a both a compendium of feline behavior and a love letter to this marvelous creature.

Sigrid Nunez is the author of the novels The Friend, Salvation City, The Last of Her Kind, A Feather on the Breath of God, and For Rouenna, among others. She is also the author of Sempre Susan: A Memoir of Susan Sontag. She has been the recipient of several awards, including a Whiting Award, the Rome Prize in Literature, and a Berlin Prize Fellowship. Nunez lives in New York City.
My cat neatly settled herself on top of my copy of this book, indifferent to its many charms and keen observations. Typical.
— Stephen Spark, Point Reyes Bookstore