Selena's Secret: The Revealing Story Behind Her Tragic Death (Paperback) 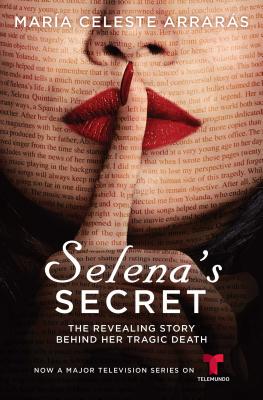 Selena's Secret: The Revealing Story Behind Her Tragic Death (Paperback)

There is no doubt that Yolanda Saldívar pulled the trigger and killed Tejano superstar Selena on March 31, 1995. But does anyone know what really happened in Room 158 of the Days Inn, moments before the crime took place? María Celeste Arrarás has many answers, and her unrivaled coverage of the murder, trial, and aftermath made her the undisputed expert on the case. Arrarás shares firsthand information about the crime and the people involved—including details of her headline-making jailhouse interview with Saldívar, who repeatedly spoke of “Selena’s secret”—a powerful hidden piece of information that she refused to reveal in court but that she shared at length with Arrarás. Many questions were raised and not all were answered…until now.

Why was there a suitcase filled with Selena’s clothes at the murder scene? What was the significance of the jeweled ring adorned with the initial S that fell from Selena’s bloody fist? Who was the doctor from Monterrey who called himself Selena’s confidant and business adviser? Selena’s Secret fits together the pieces of this puzzle and depicts what really happened in the months prior to her death that led to the tragic events of that rainy day in March.
María Celeste Arrarás is a three-time Emmy Award–winning broadcast journalist, author, and television personality. She is the host and managing editor of Telemundo’s Al Rojo Vivo con María Celeste that airs nationally in the US and in fifteen Latin American countries. She has been a guest cohost on NBC’s Today Show and appeared on the cover of Newsweek’s “20 Most Powerful Women of the Next Generation.” Arrarás is also the author of an inspirational autobiography, Make Your Life Prime Time, and a children’s book, The Magic Cane. She lives in Miami with her three children.
“With this book, the journalist does an impressive work of giving it context and reality with new information.”
— Mamás Latinas