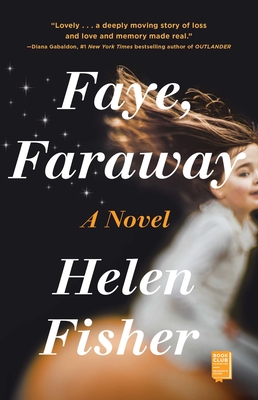 
On Our Shelves Now
Heartfelt and irresistible—“a lovely, deeply moving story of loss and love and memory made real” (Diana Gabaldon, #1 New York Times bestselling author)—this enchanting debut follows a woman who travels back in time to be reunited with the mother she lost when she was a child.

Every night, as Faye puts her daughters to bed, she thinks of her own mother, Jeanie, who died when Faye was eight. The pain of that loss has never left her, and that’s why she wants her own girls to know how very much they are loved by her—and always will be, whatever happens.

Then one day, Faye gets her heart’s desire when she’s whisked back into the past and is reunited not just with her mother but with her own younger self.

Jeanie doesn’t recognize grown-up Faye as her daughter, even though there is something eerily familiar about her. But the two women become close friends and share all kinds of secrets—except for the deepest secret of all, the secret of who Faye really is. Faye worries that telling the truth may prevent her from being able to return to the present day, to her dear husband and beloved daughters. Eventually she’ll have to choose between those she loved in the past and those she loves in the here and now, and that knowledge presents her with an impossible choice.

If only she didn’t have to make it....
Helen Fisher spent her early life in America but grew up mainly in Suffolk, England, where she now lives with her two children. She studied psychology at Westminster University and ergonomics at University College London, and worked as a senior evaluator in research at the Royal National Institute of Blind People. Faye, Faraway is her first novel.