Ottawa Rewind: A Book of Curios and Mysteries (Paperback) 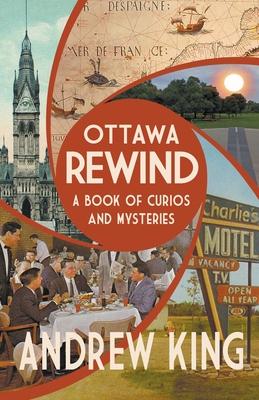 Ottawa Rewind: A Book of Curios and Mysteries (Paperback)


Usually Ships in 1-5 Days
Andrew King is described on his Twitter account as "artist and cartoonist." It is a self-deprecating description for someone whose work can indeed be found in some of the finest art collections in the country, and from time to time, on the comics page of the Ottawa Citizen or the Kitchissippi Times. Andrew is also a detective, which doesn't get mentioned as often, a history sleuth who loves to solve old mysteries. Where exactly is the first house built in Ottawa? Was there really a nuclear reactor once at Tunney's Pasture? And what in the world happened to Ottawa's once famous tiki bar at the Talisman Inn? Andrew has been seeking answers to questions like these since launching the popular website Ottawa Rewind in 2013. In Ottawa Rewind, Andrew has set out to find the location of shipwrecks in the Ottawa River, the Playboy Bunnies that once worked the Riverside Hotel in Vanier and every last Freemason or Knights Templar symbol built into Canada's Parliament Buildings. Ottawa Rewind is as much a mystery as a history book. Whimsical and well-researched, it is the creative work of a restless and curious mind. Also, the book that will finally tell you where an underground tunnel can be found in Ottawa.