Into the Night: Paintings by Christopher Gee (Hardcover) 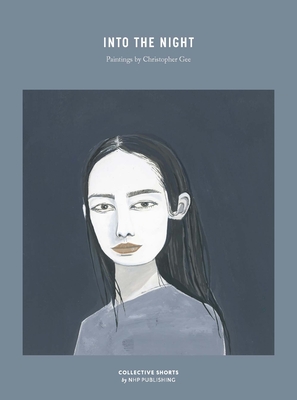 Into the Night: Paintings by Christopher Gee (Hardcover)

Christopher Gee's paintings are reminiscent of a collection of old photographs whose original context, their meanings and relationships, have long been lost to the past. Executed in a manner that is both painterly and graphic, his work has a naive simplicity that is both endearing in its directness, and also somehow mysterious and unsettling. An intriguing mix of landscape, portraiture and architectural depictions, all of which inhabit a mystical and yet sincere style adopted by the artist. The book takes you on a visual narrative and act as portable gallery of his work, the three chapters acting as an exhibition that will inspire the imagination and transport the reader to a world wholly individual. Expect forested landscapes, tranquil spaces and curious structures. The color palette used by Christopher Gee was extremely influential for Paul Helbers, former Head of Menswear and design at Louis Vuitton. Gee's colours and tones informing the spring / summer menswear collection HELBERS Paris. The artist's work has also been found in other fashion institutions, with British design house, Paul Smith, having a collection of six paintings to sell in their stores in Mayfair and Paris. With Liberty London also buying and subsequently selling out of 16 pieces.
London based artist Christopher Gee (b.1987) creates compact paintings influenced by Folk Art, Northern Renaissance painting and German Romanticism. Often his work explores stillness, and quiet, isolated scenes. When he is not painting, he can be found uncovering historic and forgotten landmarks and overlooked landscapes. To see his paintings in printed form takes the viewer into a document of a fractured journey of what once was or what could be. Having trained at Camberwell College of Art and Wimbledon College of Art, Gee has gone on to exhibit across the world, with his work being shown from London to Brussels and all the way to Dallas, Texas.