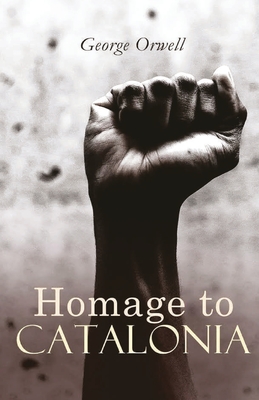 
Usually Ships in 1-5 Days
'If you had asked me why I had joined the militia I should have answered: "To fight against Fascism," and if you had asked me what I was fighting for, I should have answered: "Common decency."' Homage to Catalonia is George Orwell's account of the Spanish Civil War. It was the last and most mature of Orwell's documentary books and it is a sharp, focused and angry account of the fighting in Spain. The discomforts of trench warfare, his near-death experience of being shot, and his painful and disorientating medical treatment all contribute to the book's gripping immediacy. At the same time, Orwell was aware that he was producing a work of art: 'Beware of my partisanship, ' he warns his readers, 'my mistakes of fact, and the distortion inevitably caused by my having seen only one corner of events.' Lisa Mullen's introduction examines how the book straddles the divide between literature and history, and provides readers and students with a concise explanatory account of the controversies which have grown up around the book since its publication.

George Orwell Lisa Mullen is Teaching Associate in Modern and Contemporary Literature and Film, and a Bye Fellow and Director of Studies at Downing College. He books include Mid-Century Gothic: The Uncanny Objects of Modernity in British Literature and Culture after the Second World War (Manchester University Press, 2019) and Orwell Unwell: Pathology and the Medical Imaginary in the Fiction and Journalism of George Orwell (forthcoming).