Our Man in Warszawa: How the West Misread Poland (Paperback) 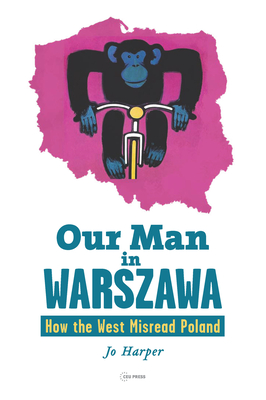 Our Man in Warszawa: How the West Misread Poland (Paperback)

Written by a Brit who has lived in Poland for more than twenty years, this book challenges some accepted thinking in the West about Poland and about the rise of Law and Justice (PiS) as the ruling party in 2015. It is a remarkable account of the Polish post-1989 transition and contemporary politics, combining personal views and experience with careful fact and material collections. The result is a vivid description of the events and scrupulous explanations of the political processes, and all this with an interesting twist - a perspective of a foreigner and insider at the same time. Settled in the position of participant observer, Jo Harper combines the methods of macro and micro analysis with CDA, critical discourse analysis. He presents and interprets the constituent elements and issues of contemporary Poland: the main political forces, the Church, the media, issues of gender, the Russian connection, the much-disputed judicial reform and many others.

A special feature of the book is the detailed examination of the coverage of the Poland's latest two elections, one in 2019 (parliamentary) and the other in 2020 (presidential) in the British media, an insightful and witty specimen of comparative cultural and political analysis.

Jo Harper is a freelance British journalist based in Warsaw, writing for the BBC, Politico, Deutsche Welle and others. He is editor of Poland's Memory Wars: Essays on Illiberalism (CEU Press, 2018) on the rise of PiS, and holds a PhD from the London School of Economics on Polish political history.