Genes, Germs and Medicine: The Life of Joshua Lederberg (Hardcover) 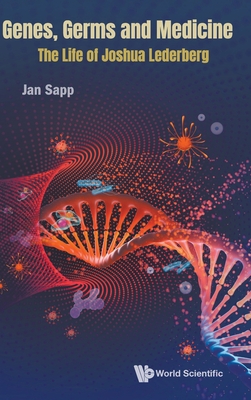 Genes, Germs and Medicine: The Life of Joshua Lederberg (Hardcover)


Usually Ships in 1-5 Days
Genes, Germs and Medicine explores the development of modern biomedical science in the United States through the life of one of the Twentieth Century's most influential scientists.Joshua Lederberg was a scientific renaissance man. He and his collaborators founded the field of bacterial genetics, and he was awarded the Nobel Prize at the age of 33 (the second youngest in history). He helped to lay the foundations for genetic engineering, made fundamental revisions to immunological and evolutionary theory, and developed medical genetics. He initiated the search for extraterrestrial microbial life, developed artificial intelligence, and was a visionary of the Digital Age. Lederberg coined some of the central terms of modern biology: plasmid, transduction, exobiology, euphenics and microbiome.A complex humanist who spoke out for social justice, Lederberg confronted racism, and denied a gene-centered view of humans. Pondering our social evolution outside of nature, he forewarned of the complex ethical issues arising from bioengineering. He sounded the alarm about coming pandemics at a time when few would listen, and warned of the peril of biowarfare and strove to prevent it. Lederberg was a man with a deep sense of social and intellectual responsibility, a trusted advisor to eight presidential administrations.