Next Rock on the Right (Paperback) 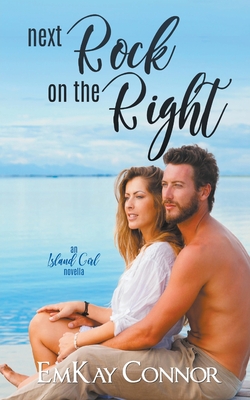 Next Rock on the Right (Paperback)

Britt Connolly's life was Instagram-perfect...until her boyfriend fell in love with her sister. She smiled through gritted teeth at the wedding and bought a four-slice digital toaster for their housewarming, but their announcement that Britt is about to be an auntie is too much. When her boss offers her an assignment that could fast-track her career--and requires a two-week stay on a beautiful tropical island--she grabs the chance with both hands. However, her fantasies of cocktails on the beach, a no-strings vacation fling, and a decadent escape to an upscale resort crash like a pirate ship on a reef when she arrives at Isla Tortuga Verde. ...that takes you on a wild ride leading to exactly where you're meant to be. Luka Stanic had dreams of mending broken bodies and healing shattered lives by becoming a physician. One year as an ER doc at Boston's most prestigious hospital dealing with rules, regulations, and red tape led to a crisis of conscience and a leave of absence from which he never returned. Instead, after discovering the underserved population on Green Turtle Island, he rediscovered his passion for medicine. When an international nonprofit recruits him as the spokesman for an international fundraising campaign, he must confront everything that disillusioned him in the first place. It would be so much easier to tell the corporate bean counters to take a flying leap if he wasn't so attracted to the sophisticated red-haired, blue-eyed advertising exec tasked with convincing him to say yes. Britt symbolizes everything Luka left behind to create a meaningful life. But she's also a reminder of what's missing from that life. With a little luck, a lot of determination, and the white sand, blue ocean magic of a tropical island, Britt and Luka will discover the journey through life is better together than alone.