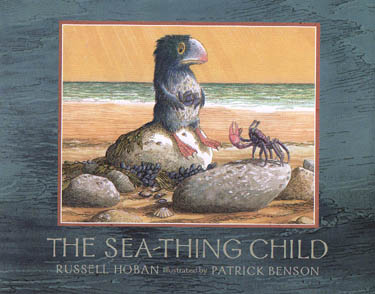 Catharsis sometimes leaves literary perfection in its wake. Those books, the act of whose composition enabled their author to be rid of a certain depressing, morbid, or unstable state of mind, often most perfectly capture that state of mind. "I had saved myself from a tempestuous element with this composition," Goethe noted of the Sorrows of Young Werther. "But just as I felt relieved and lighthearted because I had succeeded in transforming reality into poetry, my friends were confusing themselves by believing that they had to turn poetry into reality, enact the novel and shoot themselves!"

The remarkable wave of suicides done in imitation of the overwrought Werther argues that the effects of such perfection tend more towards inducing the morbid state of mind than heightening the understanding of it. As Goethe stated, "This little book which had done me so much good acquired the reputation of being extremely harmful!"

Russell Hoban, author of the classic Frances books (ie. Bread and Jam for Frances) has said of his new book, The Sea Thing Child, "There was a time in my life when I was diving deep but not flying high. One morning after a storm, I crawled up on the beach and wrote The Sea Thing Child." Hoban has perfectly captured the state of mind from which the writing of The Sea Thing Child gave him an exodus.

The Sea Thing Child, exquisitely illustrated by Patrick Benson, is a truly wonderful children's book. Beautifully written, evocative in language, thought, and scene, the heartfelt tones of Hoban's narration carry the book over the shoals upon which so many Children's books run aground. There is no stiffness, no overtness, no undue repetition, no cloying, no idealization. It is a quiet understanding, an innate truth that will make itself felt, that will speak to the Sea Thing Child's dilemma.

The Sea Thing Child is washed up on the beach by a storm, blown away from his nest a little before time. There he encounters a fiddler crab. An ordinary children's book would have had the crab be a wise old crab who takes the Sea Thing Child under his wise old claw and leads him to wisdom. Hoban will have none of that. For Hoban the source of understanding is complex, a combination of relationships with others, with innate impulses, and with the environment.

Caught between his fear of the sea and his innate attraction towards it, the Sea Thing Child develops day by day, an understanding growing in him that "whatever there is" cannot be known by contemplation and anxiety but by finding, by going forth.

The Sea Thing Child achieves a depth and tone which belies an authenticity, insight, and emotional sympathy that is beyond the reach of youth, and yet requires it, that cannot be attained without striving. A gentle and haunting book, The Sea Thing Child is, one hopes, less dangerous to its initial audience than was The Sorrows of Young Werther, yet in its own small way it is hardly less effective.